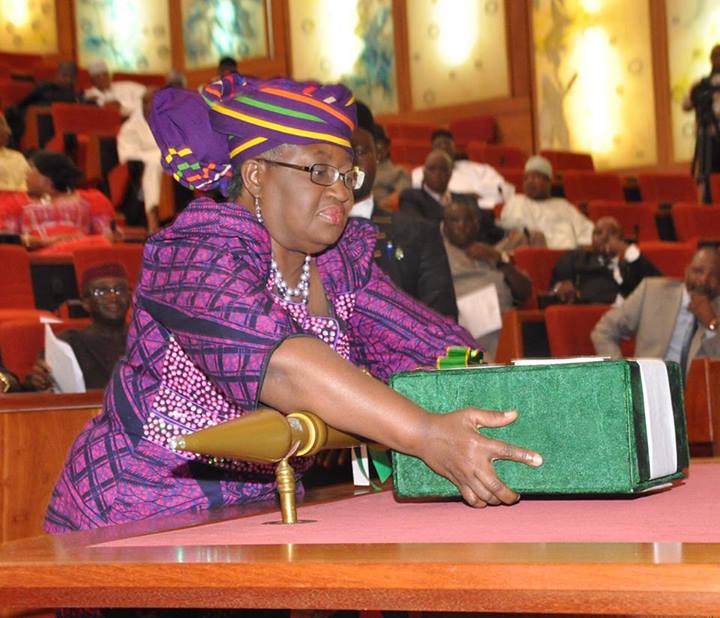 The Coordinating Minister for the Economy and Minister of Finance, Dr. Ngozi Okonjo-Iweala, has described the recent attacks on her person by some senators during the debate on 2014 Budget as unfortunate and needless.

In her reaction on Thursday, Mrs. Okonjo-Iweala refuted several allegations made against her by some of the senators, saying they were unfounded.

Some of the senators had accused her of implementing policies prescribed by the Bretton Woods Institutions, increasing the nation’s debt portfolio as well as failing in her promise to reduce the cost of recurrent expenditure, which they noted has continued to rise rather than abate.

In a statement issued by her spokesperson, Paul C Nwabuikwu, the minister thanked the “majority of the senators” who, she said, understood the issues at stake, adding that the accusations made against her were not based on fact.

The statement said: “Though government is continuous and the Minister has no desire to shirk her responsibilities, the effort to personalize these issues on the basis of inaccurate information is unfortunate and must be roundly refuted.  The first point made by some Senators is that she is responsible for the rising recurrent expenditure, which, according to them, rose ‘from 69 percent in the 2013 budget to 76 percent in the 2014’. This is inaccurate.

“The fact is that during 2010, the government awarded salary increases of 53 percent across the board to the public service, which increased the wage bill from N856.9 billion in 2009 to N1.36 trillion in 2010. At the time, finances were inadequate to back this award, and the government had to increase domestic borrowing significantly to cover the shortfall.

The statement noted that Mrs. Okonjo-Iweala was not in government when these events took place, adding, however, that President Goodluck Jonathan has focused on reversing this trend.

However, the statement said it was important to note that under the proposed 2014 budget, recurrent expenditure will rise to 74%, for two reasons, firstly: “Total expenditure of N4.64 trillion in the proposed 2014 is about a 7% decline from the 2013 budget level of N4.98 trillion. From a mathematical standpoint, this reduction in the budget base will result in a slight increase in the weight of the recurrent expenditure in the budget, which in absolute terms, has increased from 2013 levels”.

And, secondly, it noted: “The country is yet to fully absorb pension’s implications of the 2010 wage increases. Starting in 2013 budget, this Administration commenced tackling the payment of outstanding military pensions, and Budget 2014 will further address civilian pensions. We have been under pressure from many quarters, including Senators, to integrate the civilian component of pension, and doing so will further increase the recurrent budget. Will the Senators blame Okonjo-Iweala for this?”

On the allegation of excessive borrowing, the statement said it was noteworthy to mention that the flow of domestic borrowing has actually reduced, from N852 billion in 2011 to N588 billion in 2013 and down further to N572 billion as proposed in the 2014 budget. It added that for the first time in the history of our domestic debt, the Finance Minister ensured the repayment of N75 billion of our domestic bonds.

It said: “While it is important for us to debate the budget, it is also behoves us not to misinform Nigerians, demonise individuals based on false information and mischaracterize the nature of budget development in the country. A large number of lies are being told against the budget by those who do not care about the impact of their falsehood on the economy and the image of the country.

“While acknowledging that the budget has some imperfections which we are working hard to fix, the large number of positives in terms of policies and resources must not be forgotten”.