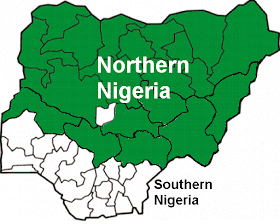 The Arewa Youth Consultative Forum (AYCF) on Tuesday cautioned Northern Elders to guard against utterances that might affect the peace and unity of Nigeria.

The President of the AYCF, Alhaji Yerima Shettima, who spoke on “the North 2015 general elections”, gave the advice in an interview with the News Agency of Nigeria (NAN) in Lagos.

“Politics will come and go but the North and Nigeria will remain. So we must remain together and see ourselves as brothers”.

He said that irrespective of political divide, political leaders from the North should endeavour to see 2015 within the context of sportsmanship.

“Some of us are disappointed by the verbal attacks by Northern leaders on one another’s personality, due to politics”.

Yerima noted that most Northern youths were beginning to open their eyes to issues in Nigeria and the past.

“We know each leader’s antecedents and that is what will speak for them during the elections.

“Decisions on who the North will vote will not be influenced by abuses and allegations. We know the truth and our eyes are opened.

“No more shall we be deceived by some people whose days are over and who have no legacy to point to in the North”.

He said that the AYCF would embark on massive enlightenment campaigns in the North, to educate youths more on the need to disregard utterances detrimental to their future, irrespective of who said them.

Shettima urged Northern politicians to play politics by the rules and let the people and their political parties decide whether they wanted them or not.

“Nigeria must remain united. This is a phase and someday we will triumph”. (NAN)