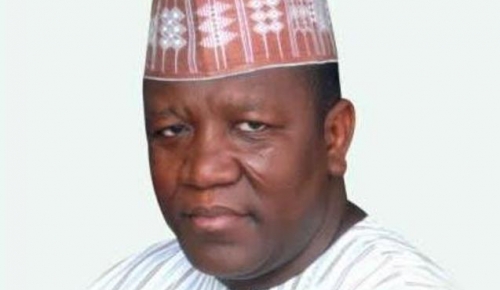 Gov. Abdulaziz Yari of Zamfara on Saturday warned political parties against the use of thugs in the state, ahead of the 2015 general elections.

Yari gave the warning when he received Alhaji Mamman Sule, the Assistant Inspector-General of Police (AIG) in-charge of Zone 10, at the Government House, Gusau.

The governor said the warning became imperative “as the nation prepares for the 2015 general elections”.

He added: “The Zamfara government will not tolerate any thuggery. This warning is particularly for politicians who engage youths in thuggery just to intimidate the opposition.

“We will strongly use the law to stop such people even if they are members of the ruling APC in the state”.

The governor commended the assistant inspector general of police for taking steps to sensitise politicians in the zone to play politics without bitterness.

Yari said the state government would continue to support the police to make their job easier.

He, however, urged the Federal Government to give more logistics to the police for improved security.

Earlier, the assistant inspector general of police had told the governor that the visit was in furtherance of the stakeholders meeting he recently held with politicians from the zone in Sokoto.

Sule, whose zone comprised of Sokoto, Kebbi and Zamfara states, said he would continue to visit the three states to ensure hitch-free elections in 2015. (NAN)