20 year old Isaac Anya Ojiabo Jr. (pictured above) has been charged with first-degree murder in the death of his mother, Joy Ojiabo, who was found beaten and stabbed to death at their million dollar home in Forest Hill, Maryland. 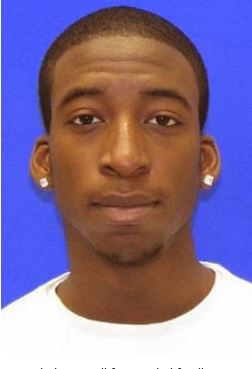 When police arrived at the home of 51 year old Joy Ojiabo around 5pm on Wednesday Jan. 29th, they found her suffering from multiple injuries, “to include a large, wooden handled knife protruding from her chest.”. She was pronounced dead 20 minutes later. Isaac Ojiabo Snr, the deceased’s husband who called the police said Isaac Jr., had escaped with his mother’s Lexus SUV after the stabbing.

Police later located Isaac and the vehicle around 4:35 a.m. Thursday January 30th about a mile and a quarter from the crime scene. He told police they had fought and he lost it. He is being held without bail. Continue…

At his bail review on Friday afternoon in Harford County District Court, the judge heard that police had been called to the Ojiabo residence (pictured above – police at the home after the murder) three times since March 2013 for domestic complaints, two that involved Joy Ojiabo and her son.

On the first call, on March 7, at 8:58 p.m., the Sheriff’s Office responded to a call for a verbal family argument, Hopkins said. It ;involved the father and an unidentified family member.

On. Sept. 1, police were called to the home at 10:12 a.m. for an alleged domestic fight between mother and son.

On Dec. 23 at 9:45 a.m., another call was received for an alleged domestic fight between mother and son.

No arrests were made and no reports were filed by the responding deputies in any of the 3 incidents.

Isaac Ojiabo Jr. graduated from Fallston High School in June 2011 and completed 2 years of course work at Harford Community College. He had also enlisted in the U.S. Marines, but had no formal training.