Tuface and his wife, Annie Idibia  have taken to their social media to address the rumor that he impregnated a top banker called Teniola

According to a soft sell magazine – Icon Weekly,  music superstar 2Face Idibia is expecting a child with a graduate of University of Lagos named Teniola who happens to be a  “Lagos Top Banker” and also 2face’s account manager. 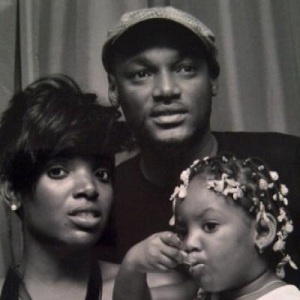 2Face Pregnancy Rumours Completely Unfounded February 21, 2014 – A few days ago, a rumour surfaced about 2Face Idibia allegedly getting a young woman pregnant and various versions of the story have emerged since then.

2Face would like to categorically state that these stories are completely false and baseless.

The press has published this story in many versions without confirming the authenticity of the allegations. He would like to make it very clear: THERE IS NO TRUTH TO THIS STORY.

He would also like to request that the media houses that have already published this story issue retractions without any delay.

2Face does not have anything to hide and if the story were true, he would admit it and not try to lie to the public by denying it.

When striving to maintain journalistic integrity, it is important for the press to make sure that they have irrefutable evidence before publishing potentially harmful news such as this. In this case, there has been no confirmation of the authenticity of the rumor.

We do not know what the true motives are behind the peddling of such a vicious rumor, but we would like to make sure that everyone knows the truth about it.