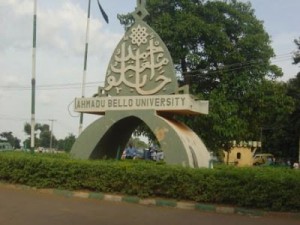 Twenty-three Ph.D holders at the Ahmadu Bello University (ABU) Zaria, Kaduna State have been elevated by the school to the status of professors, just as three others met their untimely death in an auto crash.

This is contained in a statement issued on Saturday in Zaria, by the institution’s Head of Information and Public Affairs, Dr Sama’ila Shehu, and made available to the News Agency of Nigeria (NAN).

The management also approved the elevation of 41 others as readers and principal research fellows of the institution, the statement added.

“At the 460th regular senate meeting of Jan. 30, the vice-chancellor announced the promotion of 23 professors and 41 readers as approved by the Governing Council of the University,” it read in part

Meanwhile, as 23 lecturers of the school entered the professorship circle, three bowed out in death yesterday.

The 3 professors were killed in an auto crash along Abuja-Kaduna Express Way, according to a report by Sahara Reporters.

The professors were said to be traveling to Abuja from Zaria when the incident happened.

The three lecturers are Prof. Samuel Kafewo, Dr. Martins Ayegba, and Nanaaisha Ali, all lecturers at ABU’s Department of Theatre and Performing Arts.