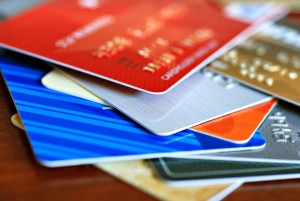 The suspect, who holds a dual identity, was apprehended during an outward screening of the Turkish Airline passengers to Istanbul, Turkey at the airport when the cards were discovered by anti-narcotics officials.

Speaking on the arrest, NDLEA Airport Commander, Mr Hamza Umar, noted that the suspect was also arrested with two international passports with his photographs but bearing different names.

Following his arrest, Chairman of NDLEA, Ahmadu Giade, has directed that the suspect be transferred to the Economic and Financial Crimes Commission (EFCC) for further investigation.

The suspect, an indigene of Kwara State who lives in Surulere, Lagos, told investigators that he was taking the cards to a friend in Turkey. He has an Ordinary National Diploma (OND) certificate from Kwara State Polytechnic.

“My friend in Turkey called me that I should help to send the cards to him in Istanbul, Turkey. When I collected the cards in Lagos, I kept them in my bag but, during search, the officer saw the cards and took me in for interrogation. I am an OND graduate of economics of Kwara Polytechnic,” the suspect said.