The leader of the Centre-left Democratic Party (PD), Matteo Renzi, was on Monday appointed as the new Italian Prime Minister. 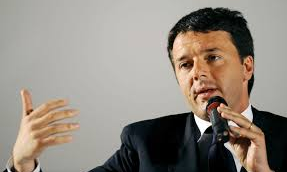 Renzi, 39-year-old Mayor of Florence, was summoned by Italian President Giorgio Napolitano at Quirinale Presidential Palace in the morning and given a mandate to try to form a new cabinet, after the resignation of Enrico Letta last week.

“I accepted the mandate President Napolitano has given me with reservation, and I will put all my energy and strength in the commitment of forming a new government that could last until the natural end of the parliamentary term and implement all necessary reforms,” Renzi told reporters.

“Today I will meet with the presidents of the Senate and the House of Chambers and then I will begin talks with political parties to strike a deal on the programme,” Renzi added. “The new programme will require an urgent discussion on constitutional reforms to be carried out during February.

“Then government and parliament will be put at work on the unemployment emergency in March and on the reform of public administration and tax system between April and June,” he concluded. The News Agency of Nigeria reports that Renzi is the youngest Italian prime minister ever.

Intense and swift consultations with political parties were carried out by President Napolitano on Friday and Saturday, in order to shorten the political uncertainty as much as possible. It was widely expected that Renzi would be chosen for the role, since he leads the largest party in parliament.

Renzi became prime minister after Letta resigned on Friday following a call of his own Democratic Party on Thursday for a new administration and a more incisive implementation of reforms. Letta was increasingly blamed by party for the slow pace of his cabinet in dealing with the crisis.

His younger rival Renzi said the country had an urgent need to end “uncertainty” and pull out from the economic “swamp.”
Source: The Nation