Mbaye Niang, who joined Montpellier on loan last month from AC Milan, has been sentenced to a suspended 18-month jail sentence after a hit and run car accident. 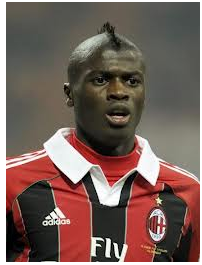 The 19-year-old Frenchman admitted hitting several cars before crashing his Ferrari into a tree earlier this month.

He was charged with causing unintentional injuries, endangering people’s lives, a hit and run and driving without a licence.

The prosecutor had asked for 170 hours of community work but the court handed him the suspended sentence instead.

Eleven people, some of whom were slightly injured, had filed a civil complaint.

“I panicked,” the player told a Montpellier court on Monday, when asked why he never stopped after hitting the vehicles.

Francois Lafont, lawyer for the plaintiffs, said: “It was pure craziness. It´s not just an accident, this is assault. Ten people could have been killed.”