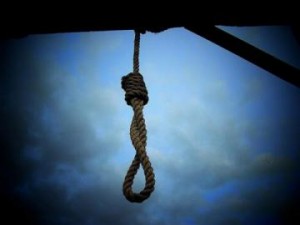 It was indeed a narrow escape for one of University of Abuja Big Babes, one Gina Nwokolo popularly known as Gina when she attempted suicide after losing her white lover to her best friend. We gathered that she is one of the Big Babes at the university and she has her own clique of friends who are not only sophisticated but also have white lovers footing their bills.

Gina, as she is fondly called is the leader of her clique and all her friends defer to her because she allegedly pimps them for white guys and top Government officials. When you talk about beauty, she is a very beautiful and friendly lady. She drives all sort of exotic cars but she is used to cruising the latest CRV Jeep. Continue after the cut.

Few weeks ago, all her friends in school couldn’t believe when they heard about her suicide attempt which would have claimed her life. It was gathered  that a  year ago, Gina met a British guy called Noah, who works with a leading construction company in Nigeria. They became friends and later on, they started dating.

Noah is fond of Gina and they spend most of their time together. In fact, Gina is always in his house in Asokoro because he has his wife and kids in England.

The two love birds became so close that they are always together.They travelled to about 4 countries during the last ASUU strike. Noah also decided to go for his annual leave during that period so that they could spend time together.

Gina is the toast of many babes in the school, she lives large and she flaunts her white lover in the presence of everybody. Some weeks back,all the adventures, fun, and love Gina normally enjoys came to an end when she caught her best friend with her white boyfriend. That was not even the  reason why she allegedly decided to take her life.When she confronted Noah, he told her he was no more interested in her but her best friend, Julliet, whom he is even planning to wed very soon.

Some of Noah’s friends and her friends tried to settle things among them, but Noah insisted that he doesn’t love her any more and he has made up his mind to marry Juliet, in fact city people gathered that their traditional wedding will come up on Saturday, 15th February 2014 in Abia State.