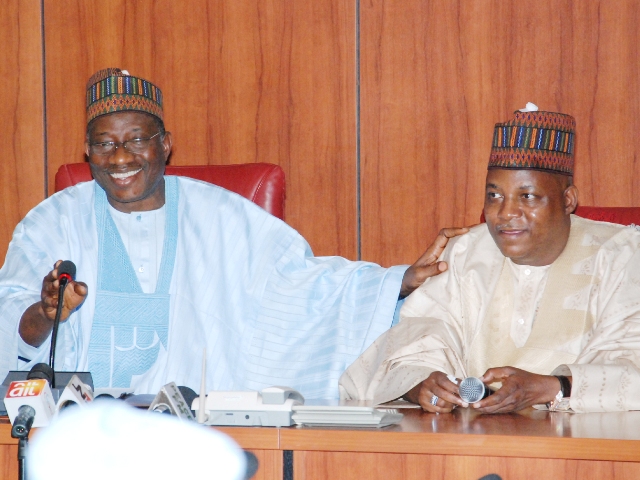 The newly constituted leadership of the Pan-northern socio-political organization, Arewa Consultative Forum (ACF), on Wednesday warned that no harm should befall the Borno State governor, Kashim Shettima, over his comment on the strength of soldiers fighting the Boko Haram insurgency in the Northeastern part of the country.

In a statement signed by its National Publicity Secretary, Muhammed Ibrahim in Kaduna, the Forum expressed dismay over President Goodluck Jonathan’s attack on the governor during his Presidential Media Chat on Monday.

Gov. Shettima had in reaction to the latest spate of mass killings in Borno lamented that the insurgents were better motivated and armed than Nigerian troops and called for concerted efforts to bring an end to the excesses of Boko Haram, adding that with the turn of events, it could be said that Nigeria is at war.

His comment did not go down well with the Presidency as it not only denied the assertion but went ahead to describe the Nigerian military as one of the best equipped on the continent. Not satisfied, President Jonathan in his reaction said he would withdraw troops from the troubled Northeastern state for one month and see whether Mr. Shettima will still be able to safely live inside the Government House.

There were also speculations earlier this week that the Presidency was planning on replacing the governor with a military administrator to give more impetus to the fight against the insurgents but Mr. Jonathan personally shot down the rumor, saying he is not aware of such plans.

To this, ACF said that it was compelled to stand by the governor and instead asked the government to step up campaigns aimed at addressing insurgency in different parts of the country.

It noted that Gov. Shettima was in a better position to tell the world the happenings in his state and scored the Federal Government low on the various security strategies put in place so far to quell the insurgent activities in Borno, Yobe and Adamwa States.

It urged the government to ensure that funds meant for equipment and welfare are released to the troops engaged in the fight against Boko Haram.

The ACF said, “After a careful assessment, the leadership of ACF came to the conclusion that the various security measures taken by the Federal and State Governments, have achieved only limited success so far.

“What appears more visible to the victims and the suffering public are the plethora of security checkpoints, roadblocks, security cordons and others being mounted by the troops. Sadly, these measures appear to be more effective as avenues for corruption, extortion and maltreatment of civilians than in deterring the activities of the insurgents.

“Given this grave situation, the sharp reaction of the federal government to the remarks made by Alhaji Kashim Shettima is difficult to understand. The governor was reported to have admonished the country to stop playing ostrich and rise up to the challenges of the day. He had added that we should marshal all resources towards neutralizing and defeating Boko Haram.

“The governor also praised the efforts of the military given the circumstances in which they find themselves, since according to him, the Boko Haram insurgents are better armed and better motivated than our troops”.