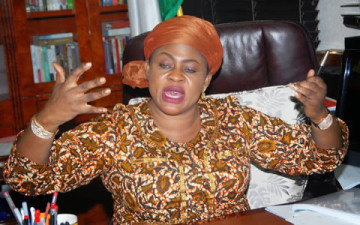 Minister of Aviation, Princess Stella Oduah, has given the assurance that the ongoing remodeling of airports across the country under her supervision will be completed in record time with none ending up as an abandoned project.

Oduah gave the assurance after a two-day tour of eight airports at the weekend.

Oduah, who lamented the abandoned project syndrome in Nigeria, said the present administration was committed to timely completion of projects it started in late 2011 under the Airport Remodeling Project Initiative, which would see eleven airports get a face-lift in the first phase.

She said: “When we came on board in 2011 and drew up our master plan and implementation road map, which had as its core components the Airport Remodeling Project, we were charged by Mr. President to ensure that we complete every project we embark on.

“We assured Mr. President that we would see every project to its logical conclusion and we are committed to that. We are fortunate to have his full support and the support of the Federal Executive Council (FEC).

“The result of that level of support is what you are seeing today. Not only have we completed, inaugurated and put to use a lot of the remodeled airports, work on the remaining ones is at 95 per cent completion. So, under my watch, no project we have begun will be abandoned”, she stressed.