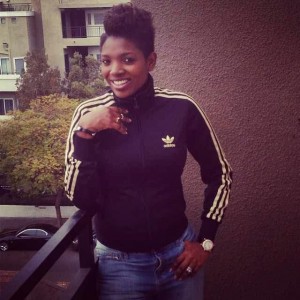 Following the report that went viral of her husband — 2face Idibia impregnating a banker; Annie who said its the handwork of their enemies seem to be ready for them.

The actress and mother or two posted took to her twitter page to express her feelings Who saidd I don’t need enemies? In whose presence will God prepare my table then? – AnnieMacaulay Idibia (@AnnieMacaulay1) February 21, 2014

Annie and 2face Idibia got married in 2013 after the singer had welcomed 6 children from 3 different women including Annie.