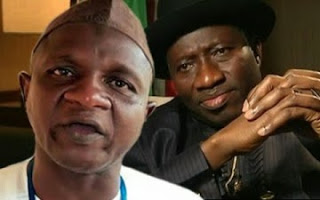 Except the Federal Government takes urgent steps to begin implementation of the Memorandum of Understanding reached with the Academic Staff Union of Universities (ASUU), there are fears that the academic calendar might be disrupted again.

ASUU National Treasurer, Dr Tunde Aremu, who gave this hint yesterday while speaking at a luncheon organized in Ibadan, Oyo State, in honour of media for their roles in the last strike, disclosed that government was yet to release the N220 billion for 2014-2018 programmes.

He warned that the lecturers might abandon the lecture rooms again should government continue to be insincere in its implementation of the MoU reached at the twilight of the last strike in December.

According to Aremu, the money was to be released on quarterly basis and deposited at the Central Bank of Nigeria (CBN).

He noted that the said sum of money was for the rehabilitation of the country’s university system but expressed fears that the MoU reached with the government before the last strike was called off might end up not being implemented as agreed.

“We do not want another strike as time wasted is life wasted”, he warned.

Aremu wondered why government allowed the last strike to last for five months when it knew from the onset that ASUU was making a patriotic demand.

While hailing the role of the media while the strike action lasted, the ASUU national treasurer said that the emancipation of Nigeria rests on the shoulder of the media and urged them not to rest on their oars.

He added that the struggle for the implementation of the 2009 agreement had been partially won and called on the media to beam their searchlights on the universities on how the money would be put to use.

Also speaking at the event, the chairman, University of Ibadan chapter of ASUU, Dr Olusegun Ajiboye, said the union had no option than to proceed on the inevitable five month old strike since all attempts to let government understand the need to implement the agreement fell on deaf ears.

He lamented that despite the huge resources at government’s disposal, it had failed to effectively fund the country’s educational system.