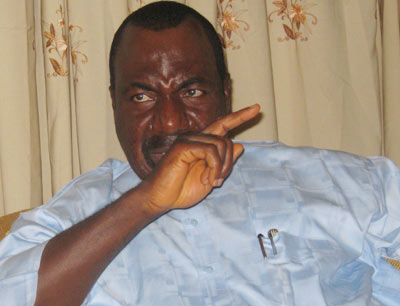 The remains of a former Minister of Works and Housing and aide to Vice President Namadi Sambo on Special Duties, Senator Isaiah Balat, will be committed to mother earth next Thursday.

Chairman of the burial planning committee and former Kaduna State commissioner of finance, Dr John Ayuba, who made the disclosure in a telephone interview with our correspondent yesterday, said that Balat will be laid to rest at his hometown, Bafai Gora, in Zango Kataf local government area of Kaduna State.

According to Dr Ayuba, there will be a lying-in-state for the former senator, who passed away Tuesday afternoon after a brief illness at the National Hospital, Abuja, at his Kaduna residence along Gora Close in Ungwan Rimi, GRA.

He said, “The burial of Sen. Isaiah Balat would hold on Thursday, February 27, by 10am, and this will be done after the wake-keep at his Kaduna residence at 4pm on Wednesday, the 26th”.

Meanwhile, the First Lady, Dame Patience Jonathan has commiserated with Vice President Sambo and the widows of the late Balat, Mrs Mary and Mrs Paulina Balat, on the death of the former senator.

In a statement signed by a Director of Information in the Presidency, Mrs Ayotunde Adesugba, the president’s wife described Balat’s sudden departure as “a great loss”.