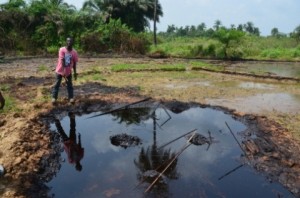 The people of Nembe in Bayelsa East senatorial district, Bayelsa State, have warned prospective investors and buyers of oil wells and facilities owned by Shell Petroleum Development Company to investigate the non-payment of over $1bllion demanded from the company for damages inflicted on their communities by its over 50 years oil exploration activities.

He said that host communities of Nembe Kingdom were not against the proposed sale of Shell’s assets, but want the potential buyers to investigate the refusal of Shell to settle the huge cases of compensation as a result of environmental hazards, oil spillage damages, and other health related ailments associated with gas flaring in the area.

Chief James called on the potential investors to discuss with Shell the unresolved issues of payment of damages to communities before buying the assets.

He said: “The investors should be aware that Shell may only be interested in unbundling its responsibility and shift it to the unaware buyers. We want the potential buyers and investors to know that Shell has neither negotiated nor paid damages over the years. We have submitted our position over non-payment of damages and other claims before the United Nations office in New York and the leadership of the National Assembly, demanding redress and payment of over $1 billion as compensation for various damages caused by the company’s 50 years of oil exploration in our area.

“We knew when they were coming into Nembe communities for oil exploration, but their leaving is shrouded in secrecy to avoid payment of demanded compensations.”
According to him, the company, knowing the extent of damage caused to the health of Nembe people and the environment of the kingdom, wants to sneak away and hand over its burden to other companies.

“Shell is yet to conclude with us and we will not welcome any investor if we are not included in the negotiation to discuss issues of compensation on huge damages caused to our people. We have sustained the peace and played good host to Shell during it’s exploration activities. We assure potential investors of peace and same cordial treatment. We are only demanding for the right thing to be done,” he added. [Vanguard]