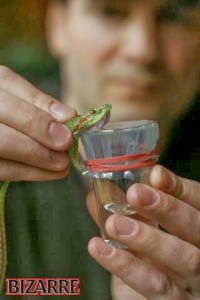 Finally getting to an era where the kind of things some supposed sane people do their bodies have proven to be mind blowing.  Meet Steve Ludwin, a 42-year-old snake obsessed rocker from  California. He is one of a just handful of people who regularly inject  venom from the world’s deadliest snakes into their bloodstream, in the  belief that it will make them immune to it. Around 100,000 people around the world die from snake bites every  year, and another 250,000 are permanently disabled, but these statistics don’t seem to scare Steve Ludwin. Every week for the past 23 years he  has been injecting a venom cocktail from the world’s most dangerous  snakes, trying to train his antibodies to resist the poison. By  gradually increasing the quantity and frequency of the injections, he  believes one day he will become immune not only to snake poison, but  other viruses as well.

Steve currently has a collection of 28 potentially deadly reptiles in his home, but he is always on the lookout for new additions, scouring  European countries for missing specimens and attending snake  conventions. On injection days, he expertly milks his snakes for a  few milligrams of venom and visits an immunologist to have his killer  shot. Within minutes, the muscles in his arm quadruple in size for  around 24 hours, as his white blood cells struggle to fight off the  poison. The doses he can take these days would kill the average person, but  Steve usually goes to a rock concert right after the injection… Check  him out below:

WARNING: Please do not try this at home. You will die! Pictures via Bizarre Magazine. 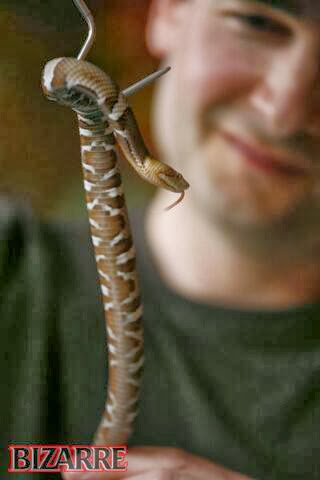 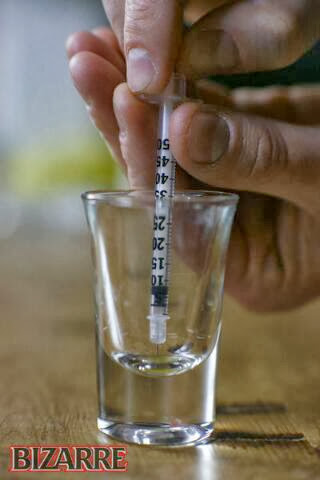 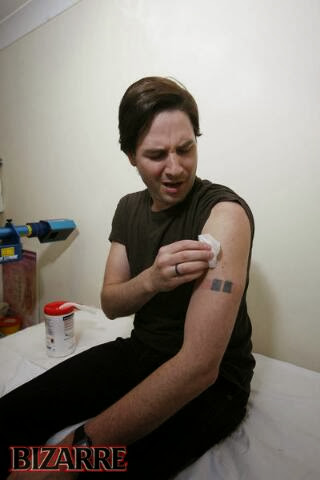