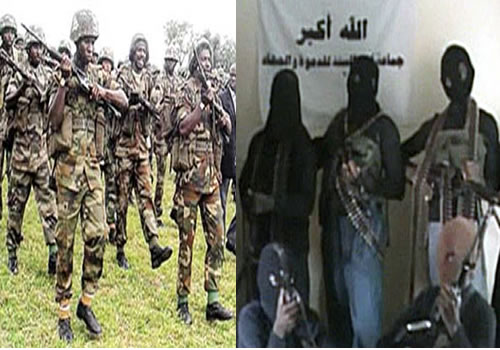 Immediate past governor of Abia State, Dr. Orji Uzor Kalu, yesterday urged the Federal Government to improve on its intelligence gathering process as one of the sure ways of surmounting the challenges of insurgency posed by Boko Haram in the northern part of the country.

Speaking at the Murtala Muhammed International Airport, Lagos, on arrival from the United Arab Emirates, the former governor said the deployment of military personnel in the troubled region was not enough to resolve the crisis.
He said rather government should invest heavily in intelligence gathering, stressing that with more intelligence about the group, it could be infiltrated thereby checkmating the sect’s terrorist activities.

Kalu said: “I have always said that we don’t need military people with guns; rather, we need to do intelligence gathering.

“Government should invest more in intelligence gathering because when you infiltrate Boko Haram, then, you can operate successfully because before any operation takes place, you would have been aware of it and you will know what to do.

“So, I ask the Federal Government to re-plan their strategy and I know people might be ashamed to say they are talking with Boko Haram. You don’t have any opportunity not to talk to them.

“I support the Federal Government to sit down and discuss with these people for the benefit of Nigerians. Those who are being killed are Nigerians and the blood being spilled is Nigeria. We should stop this joke which we are seeing today.

“As far as I am concerned, if they say they will do it with military power, I have not seen anywhere where guns have solved the problem. After war, you will still come back to the table to design how you will move forward”.