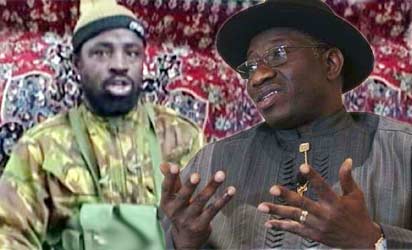 The Presidency on Tuesday said that the fight against Boko Haram was being hampered by the presence of civilians in areas being used by members of the dreaded Islamist sect as hideouts.

It said because of this, it was almost impossible for the military to effectively engage the sect without resulting in heavy civilian casualty.

Dr. Doyin Okupe, the Senior Special Assistant on Public Affairs to President Goodluck Jonathan, stated this at a press briefing in Abuja.

Beside this, Okupe added that the recent attacks of Boko Haram insurgents in Borno State and some remarks about them in the media by some prominent Nigerians, which suggested that the security forces were incapable, were misleading.

The presidential aide stressed that with sufficient evidence on the ground, the Nigerian Armed Forces and security agencies were on top of the situation.

He noted that the recent attacks were as a result of the dislodgment of members of the sect by security agents from their hideouts.

The Nigerian Air Force last week renewed its aerial bombardment of hideouts suspected to be used by the sect members thereby flushing them out from hiding and putting them on the run, with ground forces on their trail.

He said, “The orchestration of mayhem by the insurgents is the result of their dislodgment from their strongholds and hideouts in the mountainous forest areas of Borno State.

“In recent times, these areas have been heavily bombed aerially by the Nigerian Air Force and combed systematically by ground troops.

“If the insurgents have not been completely routed, it is due to the fact that our Armed Forces are severely constrained because of the fact that civilian settlements are also co-located in this vicinity making selective engagement tenuous and difficult if heavy civilian casualty is to be avoided”.

The president’s publicist urged the public to note that following serious dislocation of the insurgents from their hideouts, the new trend was for them, after sporadic attacks, which he said were usually launched at night, to quickly cross over to neigbouring countries for safety.

He said that Nigerian military was prevented from pursuing them into these foreign territories by law and international conventions and this obviously gives continuous respite to the terrorists.

He noted that as far back as over a year ago, the fighting machinery of the insurgents had suffered a deadly blow and that they had resorted almost exclusively, to attacking soft targets such as schools, women and children and sleeping communities in the early hours of the morning.

Okupe said that most of the villages attacked were those like Kauri, Idzge and Konduga, which are generally situated along the foot of the Gwoza Mountains, which stretches from Nigeria to the Cameroons.

The presidential aide added that the obvious location of these villages close to the mountains affords the insurgents opportunity and facility to carry out strikes in the dead of the night and sneak back across the border into neighbouring countries.

He said, “But the Nigerian military and security agencies have taken up this challenge and like every facet of this struggle will put an end to these incursions in the shortest possible time.

“We are certainly not involved in conventional warfare but are rather engage in guerrilla warfare with all its unpredictability.

“However, it is heartwarming that our military, which has participated in numerous international peace keeping operations where they helped to quell insurgencies, has acquired the sophistication and necessary capacity to adapt to the ever changing modus operandi of the insurgents”.

Okupe said it was therefore wrong for anyone, Nigerian or foreigner, to assert that the Nigerian Armed Forces cannot defeat the Boko Haram insurgents or to insinuate that they were better armed.

In apparent reference to a statement made by the Borno State Governor, Alhaji Kashim Shettima that the insurgents were better armed than Nigeria’s troops, Okupe said his assertion was based purely on a civilian perception of the situation at hand.

The Presidential aide said it was clear that the governor lacked the expertise to categorize or classify the effectiveness of any weapon, adding that the Nigerian military remains one of the best equipped in Africa.

Okupe said, “We state categorically that the Nigerian military is one of the best equipped in Africa and that in 2014, the Federal Government made budgetary provision in excess of N1 trillion for the military and other security agencies, an amount, which is about 22 percent of our entire national budget for this year.

“This definitely belies the suggestion in certain quarters that the Federal Government is not doing the needful in prosecuting this war.

“The statement on low morale and lack of motivation is equally unfair and misplaced. Whereas insurgents are usually motivated by ideological fanaticism, on the contrary well-disciplined militaries like ours are spurred by patriotic sense of duty, national pride and strict adherence to professionalism”.

Also dismissing Gov. Shettima’s claim that the insurgents were better motivated than the Nigerian military stationed in the Northeast to combat the activities of the sect, Okupe maintained that the morale of troops was high and ought not to be dampened by unsavory and certainly untrue comments of low motivation.

He enjoined all National leaders and stakeholders across political and religious divides to close ranks with government and our valiant troops defending our territorial integrity and support the Federal Government to root out the scourging menace of insurgency rather than speaking at cross purposes.

He again re-assured Nigerians and members of the international community that though it was in the character of insurgents to create maximum fear in the hearts of people, their sporadic attacks on soft targets was being contained and would be halted.

He also assured that Nigeria was already winning the war against terror and that the activities of the insurgents would be terminated within the shortest possible time.