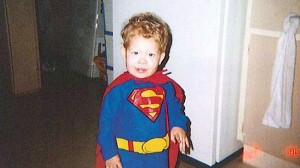 Jeffrey Baldwin weighed as much as a one-year-old child when he died after being starved to death by his own grandmother.

The little boy was kept locked up for long periods at a time in a cold room and was denied food and basic needs in the lead up to his death in 2002, an inquest has heard.

The five-year-old, from Toronto, Canada, had been cared for by his maternal grandmother Elva Bottineau since being placed into her care as a young baby along with another sibling.

Bottineau, who was already looking after Jeffrey’s eldest sister, would later be convicted of second-degree murder following his death in 2002, The National Post reported.

The inquest heard the boy was healthy when he was placed into the care of his grandparents by the Catholic Children’s Aid Society.
But his health and wellbeing quickly deteriorated and by the time he died he weighed less than 10kg, and was so unwell he couldn’t even hold up his own head.

In a tragic turn of events, it was only after Jeffrey’s passing that welfare workers discovered both Bottineau and husband Norman Kidman had previous convictions for child abuse, the inquest was told.

The children’s young parents had four kids in quick succession who were all taken away by child welfare workers and handed over to the grandparents at various stages.

Watching the inquest from her prison TV screen, Bottineau was labelled a “manipulating, soulless human being”, by the lawyer for the York Region Children’s Aid Society Jordan Goldblatt.

But the inquest heard the Society’s own files viewed Bottineau as the family’s pillar of strength and that various lawyers, healthcare workers and even police all had the same impression.

Several recommendations were made to prevent similar tragedies taking place in future.

The inquest is being held now after Bottineau finally exhausted the last of her appeals in 2012. [AAP]