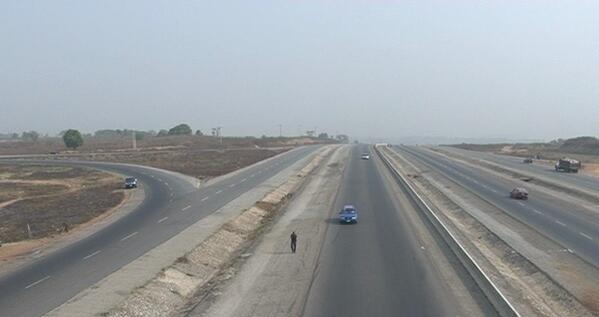 Contractors handling the Abuja-Lokoja dual carriageway on Friday called for adequate funding to enable them meet the December 2014 project deadline.

They made the appeal when SURE-P Works and Bridges. Sub-Committee inspected the project on behalf of the SURE-P Convener, Mr Kassim Bataiya.

The Project Manager of Danata and Sawoe, Mr Ogereghe Theophilus, one of the contractors handling the project, told the Haijia Halima Alfa-led committee that they would complete the project if it was funded.

Theophilus said funding was the major challenge facing the project, adding “if we have adequate funding, we will complete the project as soon as possible.

“This challenge made us to reduce our staff strength, but all things being equal, we will finish by December”, he said.

Also, Eze Edozie of Reynolds Construction Company (RCC) said there were also challenges in the   payment for approved supplementary compensation and payment of certified interim statements, among others.

Edozie named high water table and poor sub-grade material on the road alignment as the other challenges facing the project.

“You can see that Dantata and Sawoe section one is near 69 per cent completion of the entire job.

“As soon as budget is released and we provide fund for them, you heard them when they said with fund available; they will get to 100 per cent completion by December.

“Then the section two that is RCC they are at 90.3 per cent completion. They are almost done, they have about 10 km worth of job to be completed”, she said.

Alfa said that as soon as the budget was passed, the RCC section of the work would be completed by April.

She also expressed satisfaction with the level of work at the Section four, being handled by Gilto Construction ltd., at 38 per cent completion.

“Gilto was very down before at 16 per cent and I think they are doing very well and we are here to inspect certificate 17 submitted to us in our secretariat”.

She urged the contractors to ensure that they do their jobs according to specifications and as approved, and assured them of prompt payment. (NAN)