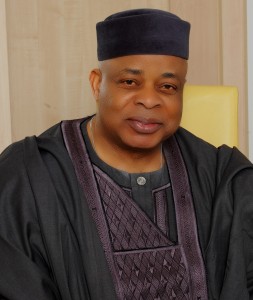 Former Senate President, Ken Nnamani, on Wednesday, identified corruption as one of the major challenges hindering the economic development of the country.

Nnamani, who is now the chairman, National Steering Committee, African Peer Review Mechanisation (APRM), made this known to newsmen in Gombe.

The chairman spoke shortly after the opening ceremony of a two-day sensitisation workshop for stakeholders on APRM in the North-East geo-political zone of the country.

Nnamani said APRM was initiated in 2003 by New Partnership for African Development (NEPAD), saying it was agreed that each country would subject itself to review its performance.

He said that Nigeria implemented its own in 2008, where corruption was identified as one of the factors hindering its economic development.

Nnamani said that the committee was in the North East to sensitise stakeholders on the issue and discuss the areas where Nigeria was found wanting in 2008, for possible action in the second review in 2014.

“There is a problem of corruption and our economy cannot prosper without addressing it.

“Corruption does not add to our productivity, instead, is draining our economy,’’ he said.

Nnamani said that the inability of the political leadership to integrate women into democratic growth of the country, was also identified as one of the factors.

“What are the participation of women in our economic, social and political development? are we accommodating them in our electoral process?, ‘’ he asked.

The chairman however noted that in spite of the challenges identified in 2008, Nigeria was still doing better than other African countries.

Earlier, while declaring the workshop open, Gov. Ibrahim Dankwambo, who was represented by Alhaji Sule Bage, Secretary to the State Government, called on the stakeholders to participate actively and contribute meaningfully.

He commended the organisers of the workshop for choosing Gombe to host the workshop.[NAN]