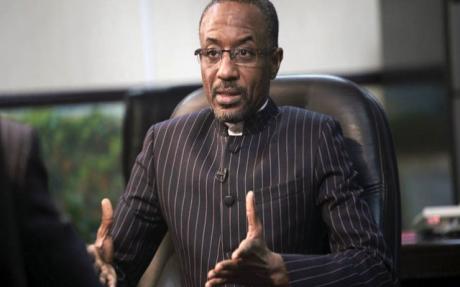 The Peoples Democratic Party (PDP) on Sunday condemned attempts by some individuals and groups to politicise the suspension of the Central Bank of Nigeria (CBN) Governor, Malam Sanusi Lamido Sanusi.

In a statement, the PDP National Publicity Secretary, Mr Olisa Metuh, in Abuja, the party said the issues leading to Sanusi’s suspension were strictly based on the management of the economy.

The statement urged Nigerians to disregard those attempting to politicise or introduce sentiments into the matter.

It said that the party had implicit confidence in President Goodluck Jonathan and his efforts to ensure the stability and growth of the economy.

The statement said the decision to suspend the CBN governor was done in the best interest of the nation to safeguard the financial sector.

It dismissed insinuations that the suspension was aimed at silencing a whistle blower and promoting corruption.

“After thorough analysis of the issues surrounding the suspension, it was clear that the decision was in tandem with the commitment of the Federal Government to safeguard the CBN”, the statement said,

It said the findings of the Financial Reporting Council revealed series of administrative recklessness in the CBN.

The statement said such revelations were very weighty and could not be swept under the carpet of politics and sentiments.

It said that Sanusi`s suspension would not have negative effect on the economy.

“Instead, it has restored confidence in the financial sector and in government ability to check abuses harmful to the system”, the statement said.

It urged Nigerians not to be swayed by those seeking to play politics with the matter.

The statement said the suspended CBN governor should have nothing to fear if he was transparent in his job.

The Senior Special Assistant to President Goodluck Jonathan on Public Affairs, Dr. Doyin Okupe had earlier said that Sanusi`s suspension was not a witch- hunt.  (NAN)