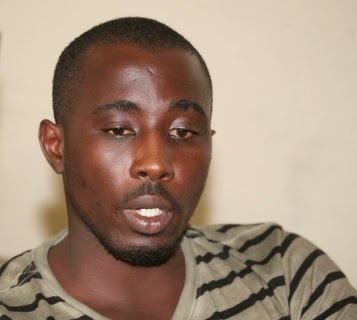 An undergraduate of the University of Ibadan, 28-year old Orowo Jesse Omokoh, has been arrested by the Economic and Financial Crimes Commission (EFCC) for allegedly obtaining $90,000 (Ninety Thousand Dollars) from one Jette Jacob, an Australian woman based in Johannesburg, South Africa, in what is suspected to be romance scam.

A statement by EFCC’s spokesperson, Wilson Uwujaren, on Monday said the suspect allegedly met the Aussie on a dating site and struck a sizzling romantic affair that necessitated him moving to Johannesburg in 2013 to link up with his lover.

Mr. Omokoh allegedly arrived in Johannesburg, South Africa on February 4, 2013, to meet with Ms. Jacob, who had been in Johannesburg since November 2012.

Five days after the undergraduate arrived and took up residence with his lover, she was found dead in her apartment with some of her valuables missing.

After the incident, Mr. Omokoh reportedly fled South Africa and returned to Nigeria.

The South African Police, which is investigating the mysterious death, are suspicious that Omokoh has a hand in the demise of Ms. Jacob.

On March 15, 2013, the EFCC received a petition from Richard Stanford of Australian Federal Police, asking for help to track Mr. Omokoh, alleging that the Nigerian defrauded Ms. Jacob to the tune of $90,000 in a dating scam.

The Commission swung into action almost immediately but the suspected fraudster had been elusive until a few days ago when he was nabbed.

He has already made useful statement while efforts are on to track his accomplices.

The suspect would be arraigned in court as soon as investigation is completed.