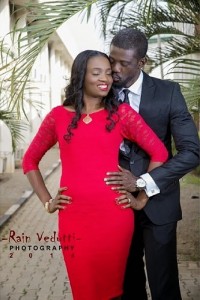 I bet a lot of you still remember the name Ese Walters!!!

Ese Walters was the woman who was sexually involved with an Abuja head COZA pastor and leaked the forbidden secret.

Ese Walters has however moved on as she officially now has her own man.