Barcelona midfielder Cesc Fabregas has challenged former side Arsenal to maintain their consistency ahead of what could be a crucial Premier League run-in. 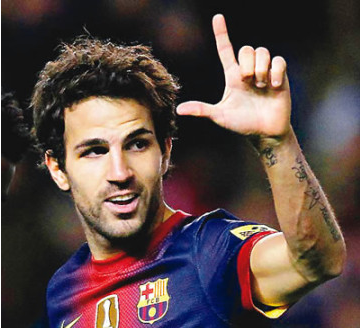 The table-topping Gunners visit Liverpool on Saturday lunchtime, and a win would seem them extend their lead over Chelsea and Manchester City to five points.

Fabregas, who played for Arsenal from 2003-2011, said he would be delighted to see his old team win the title, but admitted it was difficult to keep a run going as the season reaches the business end.

Speaking to the Daily Mail, Fabregas said, “It would be amazing (if they won the league), they need to be very consistent between now and the end of the season.

“I am very happy how they are playing, they have a strong squad, they are top of the league. I cannot wait to see if they can lift the trophy finally.”