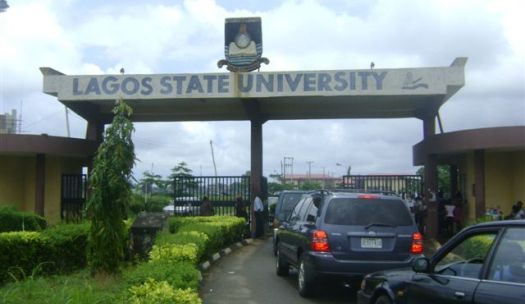 In a statement, the Senior Advocate of Nigerian said: “On January 23, 2014, the generality of the students of the Lagos State University embarked on public rallies to protest the skyrocketing tuition fees and the inability to access the registration portal for the second semester examination. Owing to the violence that accompanied the protests the university was shut down sine die.

“However, the LASU management and the Lagos State government have directed that the university be re-opened on Monday, February 24, 2014 for the resumption of normal academic activities. Unlike the past when students were compelled to pay reparation for damaged property the Visitor to the University, Governor Babatunde Fashola SAN has approved the sum of N51 million for the repairs of the public property and facilities damaged during the crisis.

“While the Governor’s gesture is commendable the Lagos State government ought to review the hike in tuition fees paid by the undergraduates having regard to the fact that the majority of them are from poor homes whose parents and guardians have been economically disabled by the kalokalo economic system operated by the ruling class in Nigeria.

“A situation whereby civil servants in the employment of the Lagos state government cannot sponsor their children and wards from their hard earned salaries calls for a downward review of the tuition fees charged by the LASU. More so, that the fees expected to be paid by the students are insufficient for the running of the university which is substantially funded by the government. Apart from feeding themselves the students are made to pay exorbitant rents by landlords since the university has no accommodation for them.

“In view of Article 17 of the African Charter on Human and Peoples’ Rights (Ratification and Enforcement) Act (CAP A10) Laws of the Federation of Nigeria 2004 which provides that “every individual shall have the right to education” we call on the Lagos State government to ensure that the education of the students of LASU is not truncated on account of indigency.

“Therefore, the demand for the review of the tuition fees cannot be faulted in the light of the phenomenal increase in the internally generated revenue by the Lagos state Government”.