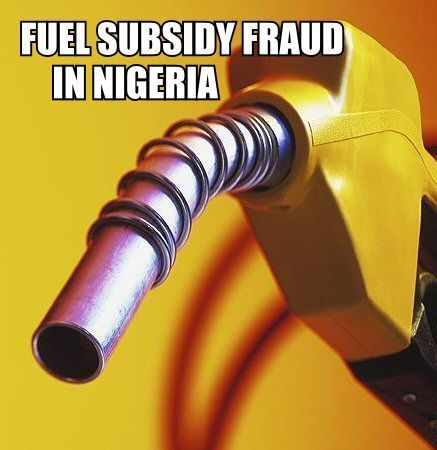 A group of lawyers and civil society organizations have called on the Chairman, Economic and Financial Crimes Commission, Mr. Ibrahim Lamorde, to probe the N785bn fraud alleged in the report of the Technical Committee on Fuel Subsidy Payments.

It was learnt yesterday that a copy of the petition carrying the EFCC stamp with signature and date indicated that it was received at Mr. Lamorde’s office in Abuja on December 19, 2013.

The petition was titled, ‘Petition Re: June 2012 Report of Technical Committee on Payment of Fuel Subsidies’.

It would be recalled that only a handful of oil marketers had been charged with offences relating to the fraud that characterized the fuel subsidy regime after the Mr. Aigboje Aig-Imoukhuede-led Technical Committee on Fuel Subsidy Payments submitted its report to President Goodluck Jonathan on July 13, 2012.

However, this did not go down well with the petitioners, who stressed that “selected action” already taken on the report had left out issues bordering on “official corruption” which formed part of its content.

Other complainants, who endorsed the petition, included Mr. Adetokunbo Mumuni of the Socio-Economic Rights and Accountability Project (SERAP) and Motunrayo Alaka of the Wole Soyinka Centre for Investigative Journalism

Others were Aisha Osori of the Advocates for Change and Social Justice and Samson Itodo of the Youth Initiative for Advocacy, Growth and Advancement.

The petition reads in part, “The undersigned acknowledge that selected actions on some findings and recommendations of the report have been undertaken. However, the content of the report suggests that a number of issues bordering on official corruption are yet to be addressed, and thus require further investigations and action from your distinguished office.

“By this petition, therefore, the undersigned request that as a matter of public duty and fulfillment of the commission’s statutory mandate as stated in sections 6 and 7 in general and section 6(h) in particular of the EFCC Establishment Act 2004 that you proceed to examine the report with dispassion and with an eye to bringing perpetrators to justice to preclude a case of abdication of duty”,