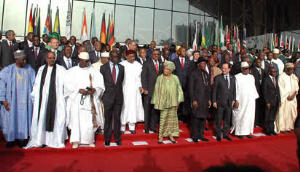 As part of the centenary celebrations, the Federal Government will today honour 100 persons with Centenary awards, but it won’t be honouring Gani Fawehinmi, Fela Anikulapo Kuti and Wole Soyinka as their families have rejected the awards.

Professor Soyinka is on the list alongside the likes of Professor Chinua Achebe, Chief Gani Fawehinmi, Fela Anikulapo-Kuti, Chief Odimegwu Ojukwu, Nwankwo Kanu, Alhaji Aliko Dangote, Chief Mike Adenuga and Pastor Enoch Adeboye, among others, but the nobel laureate has hinted he would not be taking the award.

“I would have preferred that the entire day of infamy be ignored altogether. I’m even thinking favourably of just ignoring the obscenity, then turning up at the counter-event,” said
Professor Soyinka.

Professor Soyinka, however, said he will endeavour, to be at the centenary awards planned in London on June 27 during which diasporans will honour 100 outstanding Nigerians in the UK.

At a gala dinner due to take place at Waltham Forest Town Hall in East London tagged Nigerian Centenary Awards UK, diasporans will hand out honours to 100 Nigerians who have excelled in various fields in the UK over the last 100 years.

Also speaking, Femi Kuti, son of the late Afrobeat legend, Fela Anikulapo-Kuti stated that the family would not accept any centenary award in his honour.

Femi who made the statement through a Twitter correspondence while stating that the family has not been officially informed about any centenary award for Fela, noted that the Federal Government should first apologise for killing his grandmother, Funmilayo Ransome-Kuti, and burning of Kalakuta Republic.

“We have not heard such but I can speak for myself, Federal Government should first apologise for the killing of our grandmother and the burning of Kalakuta,” he wrote.

“Like I said we have not heard anything from the Federal Government. But I doubt if the family will accept the award.”

Fela Anikulapo Kuti, is being honoured in the ‘Internationally Acclaimed Artistes, Literary Icons and Journalists’ category.

The family of the late human rights lawyer, Chief Gani Fawheinmi has also turned down his nomination for a centenary posthumous award.

The family cited the nomination of the former military president, General Ibrahim Babangida, for the same award, the unbridled killing of students by insurgents in the North Eastern part of the country and the incessant corruption reeking across the country, including the alleged missing of $20 billion from NNPC as reasons for rejecting the nomination.

According to the letter sent to the presidency via the Secretary to the Government of the Federation, Chief Anyim Pius Anyim, and signed by Mohammed Fawehinmi, for and on behalf of late Gani Fawehinmi family, the family said they acknowledged the receipt of the letter and commended the federal government for considering their father for the honour but cited the reasons above for turning down the offer.

“We want to thank the Federal Government for considering our late father for this honour. However, for reasons stated here under, our family has decided it would be inexpedient to accept the award.

“Our late father was empathetic to the sufferings of our people, particularly students. In the last 72 hours, 43 innocent students were mowed down by the blood- thirsty Boko Haram terrorists in Yobe State, while 20 other girls were similarly abducted by this same band of terrorists. These girls are still in captivity while their fate is unknown. If our late father were to be alive, would he be wining and dining with all the glitterati at a Centenary celebration under these circumstances? Certainly no.”

“In the past few weeks, the polity has been assaulted with putrid odour of corruption with the alleged $20 billion missing in NNPC, a development that became the Archilles heel of Mallam Sanusi Lamido Sanusi, the suspended Governor of Central Bank. As an anti-corruption activist, if he were to be alive, our late father would have confronted the issue head-long and possibly gone to court. With the issue still raging, would our late father have accepted this award at this critical moment? Certainly no,” the letter read in part.

The family explained that their late father always championed the unity of the country and would have opted for the money being spent on the celebration of the centenary to have been devoted to infrastructure development instead of deploying the fund to celebrating Nigeria’s centenary.

“Our late father was unrepentantly for the unity of Nigeria. However, with the level of profligacy in some of the events celebrating Nigeria’s Centenary, our late father would have preferred these multi-million Naira expenditures channeled to our decrepit Teaching hospitals, than unproductive razzmatazz that do not improve the socio-economic well being of our people.

“For these reasons, our family respectfully declines to receive the award about to be conferred on our late father by the government,” the family said.

The award ceremony is scheduled to hold at the Banquet Hall, State House, Abuja.

At the ceremony, President Jonathan would be presenting awards in 13 categories to 100 distinguished personalities, either alive or dead, who eminently symbolise the tapestry of Nigeria’s first centenary.

Some of the categories include, contributors to the making of Nigeria, heroes of the struggle for Nigeria’s independence/pioneer political leaders, pioneers in professional callings/careers, promoters of democratic transition in Nigeria, internationally acclaimed artists, literary icons, journalists, etc.