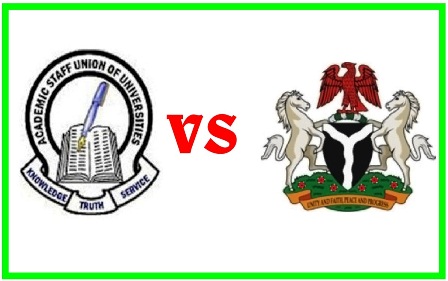 The Supervising Minister for Education, Nyesom Wike, has debunked claims that the federal government has defaulted in its agreement with the Academic Staff Union of Universities (ASUU) over the release of N220bn intervention fund to the universities.

ASUU National Treasurer, Dr. Ademola Aremu, had in a media with journalists at the Post Graduate Hall, University of Ibadan on Sunday said, “This is February and the government is yet to release the money for the quarter” adding that “we don’t know why the government is always unwilling to implement the documents signed by their representatives”.

However, the Special Assistant (Media) to the Minister, Simeon Nwakaudu issued a statement last night refuting reports that the federal government had breached its agreement with the lecturers

The statement reads in part: “Government has already released the 2013 funds to the universities and the institutions have commenced procurements of their needs and the 2014 fund would also be released as at when due”.

Wike also stressed that the federal government remained committed to the agreement it entered with ASUU and will never breach it in anyway, saying “as I am talking to you now, members of the Needs Assessment Monitoring and Implementation Committee of which ASUU National President is member will meet tomorrow (today)”.

He however, described the claims by the ASUU National Treasurer as untrue and baseless.