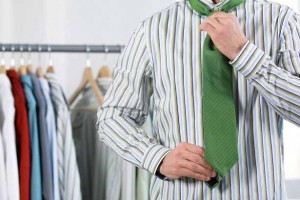 A judge halted a trial because he accused a defence lawyer of a “lack of decency and respect” for not wearing a TIE.

The hearing for an assault case at a court in Chubut, southern Argentina, was halted because of a crime of fashion.

Judge Daniel Arguiano scolded one of the lawyers for the defendant because he had no tie, Clarin.com reported.

The news website said the furious judge was unhappy by the “lack of decency and respect” shown to the court by the wardrobe malfunction.

The criminal trial began after a two hour delay so the lawyer could get properly dressed.