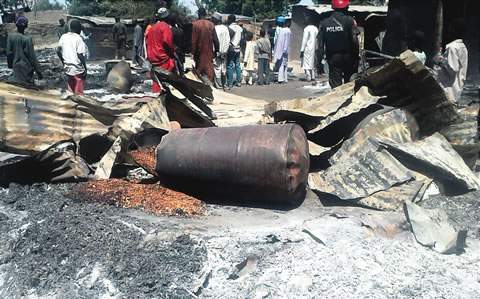 The Borno Government has approved N100 million to rebuild about 2,000 houses destroyed during Feb.11 attack by suspected Boko Haram members on Konduga, headquarters of Konduga Local Government Area (LGA) of the State.

Gov. Kashim Shettima announced the approval when he visited the affected areas on Wednesday.

He said that part of the money would be spent on the purchase of relief materials for victims of the attack.

Shettima also set up a six-man committee headed by Sen. Kaka Yale to work out modalities for the reconstruction of the houses as well as purchase of relief materials.

The News Agency of Nigeria (NAN) reports that about 40 persons were killed in the attack in which 50 others were injured.

Some of the burnt structures included the headquarter building of Konduga LGA, the house of the District Head, mosques, schools, hospitals, courts, library, among others.