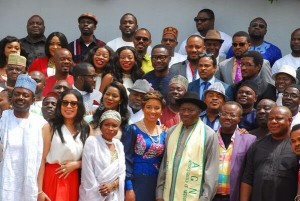 Based on this assertion, the president said it was only Nollywood the government can partner with to redefine the country.

The president spoke when members of the Actors Guild of Nigeria (AGN), visited him at the Presidential Villa, where he was decorated as Grand Patron by the AGN president, Ibinabo Fiberesima.

“The Nollywood touches every Nigerian. So many bodies even like mass communication, the journalists and so on, so many women in the villages don’t know about what they do because it is almost for the elites. 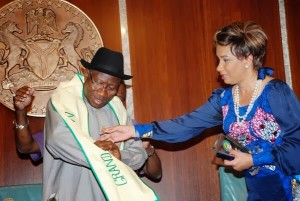 “But to you (Nollywood), you touch the children from a very young age to the oldest people. So, the actors’ guild is a body that we must really assist in anyway possible.

“It is only Nollywood that government can partner with to redefine Nigeria. The people that can redefine the country and carry messages are Nollywood people,” Jonathan said.