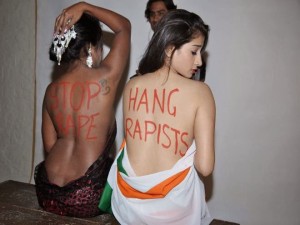 A young man who was raped by a woman and then decided to date her so he could take control of the situation has opened up about his experience.

Ten years ago, I blacked out and was raped by a woman who I proceeded to date for the next year and a half of my life.

Like most college freshmen, I drank too much. And one night, I drank too much and was pitched out of a frat house in the dead of winter. I don’t remember much, but I do remember being initially grateful for all the hands that helped push me home and into my dorm room that night.

I woke up in my lofted bed, and there were about a half dozen people in my room hanging out. My clothing was on the floor, and I felt an invisible miasma of shame engulfing me. Maybe it’s the hindsight talking, but I had a premonition that something wicked was coming. Maybe it’s because my future rapist was in the room. My eyes retreated into orbit again.

I had met her at the beginning of freshman year. My dorm room was in one of three male-occupied floor towers. I was lonely and glad for any friends I could get. I had a long-distance girlfriend; she had a long-distance boyfriend, and being able to have someone to share these things with shunted the pain. She was nice to me.

And then she raped me.

When I regained my bearings that night, my friends were gone and gravity was a mystery to me. She was in my bed, and I couldn’t tell if my back was facing the ceiling or the mattress, nor could I identify whose sweat belonged to whom. All I could feel was pressure, and after coming to my senses I put together what was happening. I felt impotent to stop it.

The morning that followed came with a paradigm shift. I was embarrassed and shells hocked and refused to believe it had happened, even though she was next to me when I regained consciousness. As a man, I felt especially compelled to hide what happened to me, lest I come off as weak.

I asked her what had happened, and she confirmed all the details, which included consent and desire that seemed impossible to fish out of the folds of my brain.

At that point, I decided to own it. Because if I owned it, it wasn’t embarrassing and it didn’t strip me of my masculinity. I had never heard of this happening to anybody else, and researching it online made my problem seem more real to me, which was frightening.

Panic flooded me and all I wanted to do was scrub my soul of everything that was demoralizing and demasculinizing about the experience. My interpretation became consensual sex, and I proclaimed that sex was awesome, even though I had no clue what it felt like at all. I bragged to my neighbors, who could hear her wailing through paper-thin walls. The more I bragged, the more the agony subsided.

I was steadfast to make the loss of my virginity mean something. I immediately broke it off with my long-distance girlfriend. And my coping mechanism was to make my rapist my partner, giving purpose and intent to something horrible.

The path to admitting to other people what actually happened to me was a tricky one. But as I matured years after it occurred, I was able to grasp that my concept of masculinity was childish, and only rooted in weird stereotypes.

Being able to admit that I was raped brought my life into high-definition levels of clarity. Especially when everybody’s response was the same—an awkward pause, followed by a facial expression that goes hand-in-hand with being upset.

And then I pulled the trigger and I ended it.

One week after we broke up, she resorted to violence. When the cops came to our apartment and she refused to let them in after they threatened to break down the door, I felt like I was getting my first dose of reality in nearly two years. Days later, she was in another apartment a few football fields away. From that point on, I only saw her two more times on campus before fleeing Ohio.

While I’m able to talk about what happened to me 10 years later, make no mistake: being raped seriously damaged me and had a profound impact on how I engaged with women years after it happened.

While it’s not something I think about every day, it passes through my mind every week through various triggers. It’s never going to leave me, and I’d like it to stay that way, as I’m not prepared to reject the strong person I’ve become throughout all of this.

To every man out there who has experienced something similar: You are not weak and you are not a boy. You were not bested or conquered; you were taken advantage of in a way that precludes all gender conventions. Recovering from rape is gender agnostic: it all begins with being able to admit what happened to you. However you choose to take that step—be it through therapy or confidentiality—is up to you