How Can I Destroy My Ex-Husband For Leaving Me After 30 Years Of Marriage?

This is the story of a woman who wants to pay her husband back in his own coin for leaving her after 30-years of marriage for a younger lady. 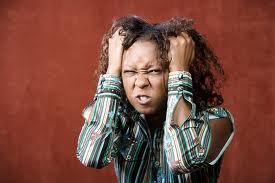 My husband is leaving me after nearly 30 years of marriage for some bimbo who is 3 years older than our daughter. I tried to be big about it but, he brings that child to every single family event, when she is well aware everyone despises her. I’ve never felt such anger and, malice. I want to bring my ex-husband to his knees and, see him suffer.

He has caused me so much pain when he revealed he was cheating on me with a girl our daughter went to school with. I’m receiving counselling but, for some reason I have all these feelings and, I don’t know what to do with them.

He deserves to pay and, for that matter so does she but, my daughter is more than capable of taking her new step-mother on.

How can I Destroy him?

Share
Facebook
Twitter
WhatsApp
Previous articleA CBN Governor Should Not Be So Talkative – Lawyer
Next articleNollywood Actress, Biola Ige Says Men Just Want To Get Between Her Legs
- Advertisement -