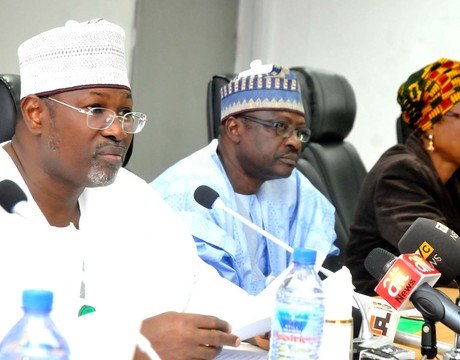 The Inter Party Advisory Council (IPAC) yesterday expressed concern at the sequencing of the timetable for the 2015 general elections by the Independent National Electoral Commission (INEC) as well as the integrity of the voter register being compiled by the commission.

IPAC is a statutory body of all the existing 25 political parties in Nigeria and also serves as an advisory body to INEC.

This was stated by the chairman of IPAC, who is also the national chairman of the National Conscience Party (NCP), Yunusa Tanko, during an INEC/political parties Forum aimed at building consensus on electoral activities towards 2015.

However, the ruling Peoples Democratic Party (PDP) has said it is satisfied with the sequence, while the chairman of United Peoples Party (UPP) Chief Chekwas Okorie, and his Labour Party (LP) counterpart, Chief Dan Nwanyanwu, threw their weight behind INEC, saying the constitution empowers the commission to fix dates for election. But Mr. Tanko said his position had the support of about 80 percent of political parties.

“This provided an opportunity for all political parties to have a chance of winning election in that process, but with the present situation as the time table released, you will agree with me that immediately the presidential election is concluded it will close doors for all other elections to be free and fair for all concerned”.

The IPAC chairman also advised that the voter register must be updated in a manner that can build confidence between the electorate, INEC and the political parties.

“The electorate needs to be sure they were registered to vote and their names should appear accordingly”, he said.