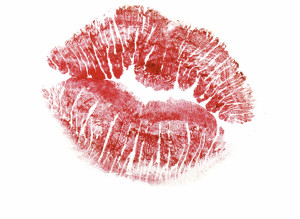 Police have captured an admitted jewel thief in Paris, and all because he made the last-second mistake of planting a kiss on his hostage.

In April the 20-year-old, identified only as “Pierre G,” and an accomplice allegedly followed a 56-year-old jewelry store employee home, where they tied her to a chair. They then poured water over her head, saying that it was gasoline and threatening to burn her if she didn’t give them the store’s alarm codes, the BBC and Telegraph report.

The woman talked, and Pierre’s accomplice went to swipe the jewels while he stayed with the hostage. He untied her four hours later—and gave her a parting kiss on the cheek, in what police called “a sign of compassion after the terrible ordeal she’d just been through.” The woman called the police immediately, and they swabbed her cheek for DNA.

Months later they got a match, and on January 22 they arrested the suspect. He admitted the deed, and said he’d kissed the woman to “ease her trauma.”