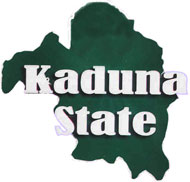 The Northern States Governors’ Forum (NSGF) has condemned Thursday’s killing of a family of seven in Manyi Akuru Village, Manchok in Kaura Local Government of Kaduna State, calling on the nation’s security agencies to fish out the perpetrators of the dastardly act and bring them to justice.

Governor Babangida Aliyu of Niger State, who is chairman of the forum, in a condolence message signed by his Chief Press Secretary, Danladi Ndayebo, noted that bringing the unmasking the perpetrators would prevent a future re-occurrence of such crime.

Expressing shock and sadness at the renewed attacks in parts of Kaduna State by unknown gunmen, Aliyu warned the masterminds behind the attacks to desist forthwith.

The Forum also commended Governor Mukhtar Ramalan Yero of Kaduna State and security agencies in the state for their quick intervention which, he said, averted reprisal attacks.

The governors prayed God to grant repose to the souls of the deceased and also grant members of their families the fortitude to bear the loss.