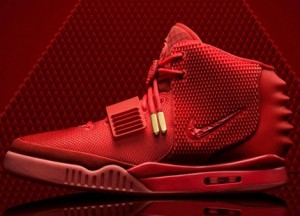 Without warning, Nike tweeted a purchase link to their online store at 1 p.m. on Sunday and 11 minutes later the $245 shoe was sold out, leaving many fans upset that they couldn’t get their hands on a pair.

It’s unknown if Nike plans to release more online or at retail stores.

Nike launched the original Air Yeezy in 2009 and followed it up with two colorways of the Air Yeezy II in 2012. Due to the limited quantity, the shoe fetched as much as $90,000 on eBay.