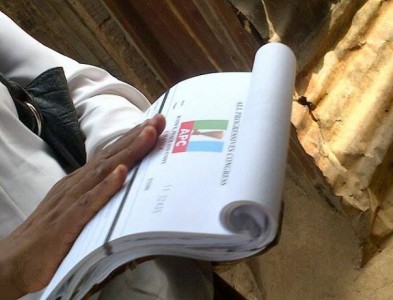 Interim Publicity Secretary of All Progressives Congress (APC) in Lagos State, Mr. Joe Igbokwe has debunked reports in a section of the media that the Iyaloja-General, Mrs. Folashade Tinubu Ojo, directed all traders in Lagos to register with APC in the just concluded membership registration exercise, if they wish to continue plying their trade in the state.

Igbokwe said: “I can tell you authoritatively that nobody gave such a directive. It is a figment of the imagination of those who preach hate in Nigeria, especially people outside Nigeria. They create problems for Ndigbo and endanger their businesses with the host community. Already, APC has sufficient membership, so it cannot coerce anyone to register. We already know our members, we’re just formalising it”.

Igbokwe added that the Peoples Democratic Party (PDP) is using what he described as unproductive propaganda against the registration exercise, which came to an end yesterday.

According to the reports, the Iyaloja-General, who is also the daughter of APC national leader, Asiwaju Bola Ahmed Tinubu, had shut-down the Iponri market in Lagos, directing the Market Committee Association to tell its members to present their APC membership registration slip before the market would be reopened for business.