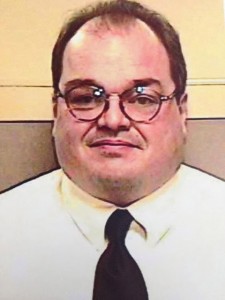 Christian man in Ohio, United States of America, Rickey Wagoner, is   big a sign that miracles happen after he escaped death as a result of a  Bible which was inside his pocket. Rickey, 49yrs old driver, was   attacked and shot thrice after being waylaid by three thugs. Two of the  three bullets went into the bible while a third struck Rickey in the   hip.

According to NYDaily, Rickey stopped his bus around 5:20am  on Monday  after an electrical problem. When he pulled over to the curb  to  investigate, three dangerous thugs attacked and shot him with live   bullets.

“I’ve been hit in the leg. My chest feels like I’ve been hit with a sledgehammer.” Rickey survived after a copy of “The Message,” a contemporary version  of the New Testament, prevented two shots from shattering his chest. The  only bullet wound is from the bullet that hit him on the hip.

“The two bullets were stopped by the New Testament book in his chest  pocket. There was obviously some kind of intervention involved in this  incident, because he probably should  not be here [he should be dead],”  said a police sergeant, Michael  Pauley.

“Amazingly, his injuries are not life threatening. He basically said he fought for his life,” Michael added