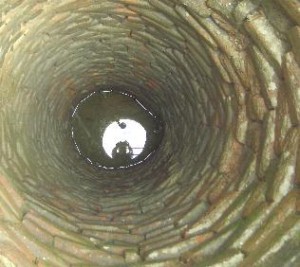 Tragedy struck in Lagos as a 35-year-old man was found dead in a domestic well while another, together with a one-year-old baby, was rescued from an inferno. The incident happened in two different parts of Lagos as the state fire service responded to emergency calls.

The man, whose identity could not be ascertained, was said to be working in a domestic well at number 11, Akinyele Street, Oko Oba, Agege when he was trapped leading to his death.

Residents put a distress call to the Oko-Oba fire service station which arrived the scene but this was too late as the man was recovered dead from the well.

The second incident, as gathered, occurred at number 4 Nubi Close, off Park Road, Ebute Metta West during a fire outbreak.

A male adult of about 45 years and a one year old baby escaped death by the whiskers as both were trapped in the inferno but were rescued by fire fighters who prevented the outbreak from spreading to neighbouring buildings. [Vanguard]