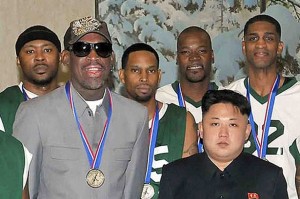 Hundreds of thousands are held in prisons and labour camps there. Conditions are brutal and executions commonplace, even of children.

But in an interview from rehab yesterday, Rodman said: “I would do anything. If they said, ‘we’ll take Dennis Rodman and we’ll let Kenneth Bae go’, you know what? I’d do that, straight ahead. Take me.”

The NBA legend has made four trips to North Korea and defended Kim Jong-un, even calling the despot his “best friend”.