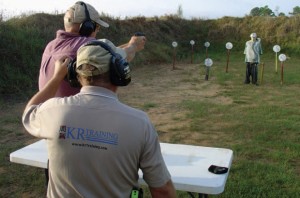 Police in Florida said a man who accidentally shot himself on his way home from a gun safety class is expected to recover from his injury.

Police said Morkert had removed the gun’s magazine and was manipulating the slide when it fired off a round that struck him in the leg.

Morkert was taken to Delray Community Hospital with a non-life-threatening injury. He was expected to make a full recovery, police said.