The question of the right time to get married has been a hot topic in different groups and talk shows over the past few months. 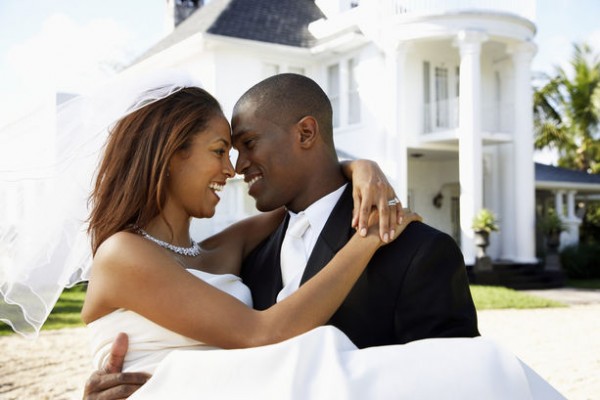 Society and some cultures have driven the concept of late marriage deep in the consciousness of everyone because of the alarming increase in divorce which has made marriage a feat for only those with courage.  Damian, a married man says “Our culture is all for marrying very late and then having kids. And that does work for some people. But if you find the right girl/guy, don’t waste time for the sake of marrying late”.

This article in no way endorses a rush to the altar however; we must outline the benefits of doing it early.

1.       Prevent sin: For those who believe in the concept of purity before marriage. Early marriage is one thing that can help you enjoy sex the way it was designed. “In the confines of a marriage union” Despite our culture’s acceptance sex outside of marriage, doing it within marriage helps prevent things like rejection, pain and unwanted pregnancy.

2.       Earn more: It is said that those who are married earn more than their single counterparts. An online journal published by Oxford University Press states “It is shown that married men feel less satisfied with their financial situation as compared to their single counterparts. These results indicate that a lower level of pay satisfaction induce married men to put more effort into their work, which leads to higher wages.”

3.       Respect: Whether or not we come accept this, married people are more respected in society than their unmarried counterparts. Toke Makinwa, an on-air-personality, once said that traffic enforcement agents are more careful with women who have rings on their fingers because they do not know who they are married to. This is true, even in the work environment and society in general; a promotion will readily be give to someone who is married and one who is perceived to be more responsible. Since we all want to make significant advancements in our career and make it fast. An early marriage may be the solution.

4.       Have kids young: Stephen Miller aptly sums this by saying “Having kids young means they graduate and are out of the house when you’re still young. Only instead of being young and broke, you’ll be young with money. You’ll likely have spent years establishing your career and finances, and will have the finances and freedom to do many of the things you always wanted to do.

5.       You’ll never find the right companion: Many are in constant search for their ‘one true love’ and this tend to make them spend more years waiting, but as Stephen Miller says “You will never really find the right person and if you do, you’re probably not the right person for them – at least for long. I don’t mean this to sound fatalistic and this doesn’t mean just marry the next person you date because you’re not going find “the one.” You’re both going to change a ton over the years.

6.      You can never really be ready: You will always want to make more money and be more comfortable and be a better person to ‘increase’ your options. But it’s even better when you can grow and become better with the person you love by your side, supporting you and propping you up during this journey. Therefore, waiting till you are ready for marriage is wrong because you will never be ready. Rather, get married when your resources can take care of your wife and she also has her source of income as well.