Thirty-six-year-old Jonathan Nsirim is not your usual armed robbery suspect. His melodious voice, well built physique and ability to play almost any musical instrument is enough to endear him to any audience. 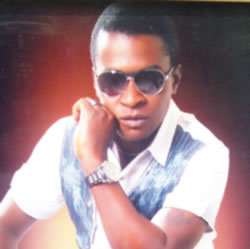 Investigations by the police Special Anti-Robbery Squad, however, revealed that although the musician performed at weddings during the day time, he was robbing banks at night.

Police authorities said that the indigene of Imo State belonged to a gang, which specialises in breaking and stealing from banks’ Automated Teller Machines.

It was alleged that the gang was responsible for an ATM robbery in November 2013 that left three policemen dead at the Ayobo branch of Access Bank.

The musician said it was his passion for music coupled with his desire to give his family a better life that pushed him to crime.

He said although he charged N50, 000 to perform at events, the money was not regular and he often had to share the pay with other members of his band.

He said, “I sing all genres of music and I even have my own band known as Masterpiece Band. I am also a professional dancer; my stage name is Original. I perform at weddings, night clubs and other social gatherings. Sometime in 2012, I went to Beach Land Estate, Apapa to perform at a function. That was where I met Confidence and we exchanged telephone numbers.

“Two weeks later, he called me for a meeting and asked me what I wanted most in life, I said I wanted my music career to succeed and I needed money to buy music instruments. He said he would get me out of poverty.

“He said we would be robbing bank ATMs but no one would get killed. He gave me two days to think about the deal but warned me that once I joined, I would not be allowed to leave. I accepted the deal because I needed to buy the instruments and Confidence introduced me to the leader, Onuoha.”

Narrating how the gang operated, Nsirim said after monitoring a bank for a few days, they would plan how to break into it.

He said on the night of any operation,  Onuoha, Confidence and Bassey would enter the banks premises as customers who wanted to withdraw from ATM, point their guns at the security guards and then tie them up.

He said after the guards had been subdued, he would carry gas cylinders into the bank, while the welder would burn the ATM and force it open

He said, “During the first robbery on one night, Onuoha pretended that he wanted to withdraw money from a bank on Malu Road, Ajegunle. On getting inside, they tied up the security guards and I carried a gas cylinder into the bank premises and we burnt the ATM. My share was N250, 000.

“We robbed another bank at Idimu, my share was N350, 000. We also robbed a filling station around LASU-Igando Road. I   was able to use my share to buy musical instruments since that was why I took to robbery in the first place. After buying instruments, I used the remainder to take care of my wife and two kids

“The last robbery was at a bank in Ayobo. We hid in a nearby bush, waiting for Onuoha, Confidence and Bassey, who had entered the bank, to give us a signal as usual.

“But we heard gunshots and we all fled. It was after I was arrested that I was informed that three policemen were killed. I did not carry any gun; I cannot kill a human being, God forbid.”