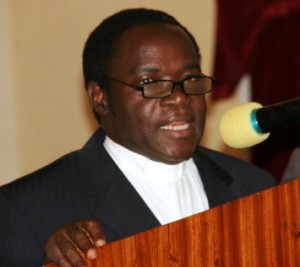 Public affairs analyst and Catholic Bishop of Sokoto Diocese, Rev. Fr. Mathew Hassan Kukah, has said the N7bn budget purportedly earmarked for the proposed National Conference is “chicken feed by Nigerian standard”, considering the amount looted by politicians and their ilk from the public treasury.

His comment comes on the backdrop of the Federal Government’s announcement of the modalities for the nomination of delegates to the conference, which total number has been pegged at 492 and slated to run for three months on a yet-to-be specified date.

Secretary to the Government of the Federation, Senator Anyim Pius had initially explained that the N7bn estimate was arrived at per the number of delegates to the conference, which was first put at 571 but with the latest developments, it is expected that the sum would be cut-down to reflect the current realities.

He said, “The N7bn is just pocket money that is chicken feed by Nigerian standard; that is if you consider how much money is being stolen from this country. So, even if they are going to commit N10bn for people to stay in hotels in Nigeria it probably may not be enough.

“I am not being cynical but I am just saying the money is not the issue. Building a nation is a serious matter. If I had my way, my approach to these issues would be completely different”.