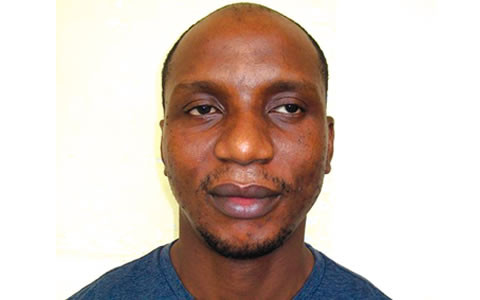 Eagle-eyed operatives of the National Drug Law Enforcement Agency (NDLEA) have intercepted one hundred and seven (107) Citi Bank credit cards, which were carefully hidden in a luggage during the outward screening of Turkish Airline passengers to Istanbul, Turkey, at the Murtala Mohammed International Airport (MMIA) Lagos.

The automated teller machine cards were found in possession of a 36-year-old man with dual identity.

The suspect, who confessed to being a native of Iwo town in Kwara State, resides in Surulere, Lagos.

The Ordinary National Diploma (OND) graduate of the Kwara State Polytechnic told his interrogators that he was taking the cards to a friend in Turkey when he was nabbed.

“My friend in Turkey called me that I should help in sending the cards to him in Istanbul, Turkey.

“When I collected the cards in Lagos, I kept them in my bag but during search, the officer saw the cards and took me for interrogation. I am an OND graduate of Economics at the Kwara State Polytechnic”, he explained.

In his reaction to the arrest, Chairman/Chief Executive of the NDLEA, Ahmadu Giade, ordered that the suspect be transferred to the Economic and Financial Crimes Commission (EFCC) for further investigation as the offence was an indication of fraudulent activities.

He said: “Preliminary investigation suggests that the suspect had unlawful possession of 107 credit cards.

“The financial instruments are believed to be used for fraudulent purposes since he is not an authorised agent”.