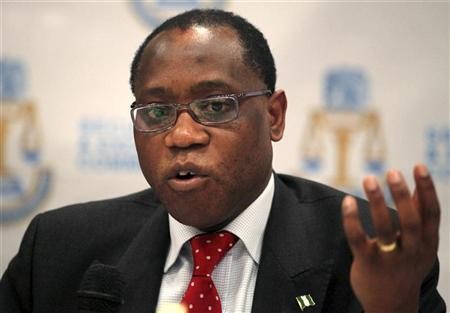 The Federal Government has restated its intention to regulate the importation of fairly used vehicles, also known as tokunboh, into the country even as it said that it would not place an outright ban on the practice.

The Minister of Industry,  Trade and Investment, Dr. Olusegun Aganga, stated this on Friday during a facility tour of one of the nation’s automobile assembly plants, Peugeot Automobile of Nigeria, PAN, Kaduna.

Aganga said despite the new Automobile Policy now in place, the government would not ban the importation of fairly used vehicles because of its socio-economic benefit to the country.

The minister argued that rather than banning the used imported cars, the country must work towards providing alternative cars.

While explaining that it was standard practice to place an embargo on importation of tokunboh while revamping the auto-industry, Aganga disclosed that it was during one of the Federal Executive Council meetings, that it was decided that there should be no outright ban on tokunboh cars.

The minister, who said he was at PAN to assess how the automobile company was taking the opportunity of the new automobile policy of the government, said  though tokunboh vehicles would still be imported into the country, government would do everything possible to ensure that affordable and new cars were locally produced for Nigerians.

The Minster said, “We study what was done in Pakistan, India, and in South Africa. It is normal that in most countries they ban the importation of tokunboh cars because that will help the demand of the local manufacturers.

“However, for Nigeria, we discussed and we said we are not going to ban tokunboh vehicles because of the socio-economic circumstances we have in the country. We must work towards providing alternative cars before we even consider placing a ban on tokunboh cars.

“So, in Nigeria, we have not banned it yet. If we slow down the demand, it will slow down the pace of growth. If you look at the cars today, for every one new car that is imported, almost six tokunboh are imported into the country. That tells you that the economy of the country is a priority.

“When you see that, as a country you cannot afford to place a ban. The federal executive council has said we are not banning tokunboh vehicles until we have alternative for it. So, tokunboh cars will still come into the country and we will do everything possible to make sure that we can produce affordable and new cars for Nigerians”.

He, however, told PAN that he was ready to see the June deadline when the company would produce its first indigenous car.

According to him, “since the new management came on board, the company has embarked on some turnaround strategies”.  He listed the strategies as rebuilding relationship, improving trade and expanding coverage with Peugeot France and, ultimately, commencing “sale, support and assembly of high-quality Peugeot products”.