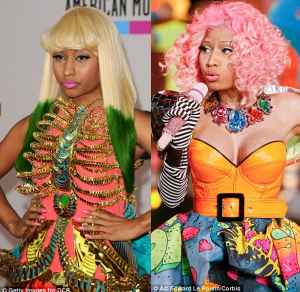 American singer and rapper, Nicki Minaj is being sued for $30 million by her former wig maker for ‘stealing’ his wig designs which he claims made her famous.

Terrence Davidson, the former wig maker claims that she stole wig designs he personalized for her, and sold and licensed them without sharing the profits with him.

He also claimed that after they planned on going into business together selling wigs and making a reality show, she and her management backed out in 2012 which made him leave her in January 2013.

Christopher Chestnut, an attorney for Davidson, says:  “Her lawyers may complicate it, but we don’t need to get into intellectual-property law. This is basic American morality. Nicki Minaj lied to this man and cheated him”.

Checkout the Nicki Minaj’s wig collection which Davidson claims are his designs, below: – 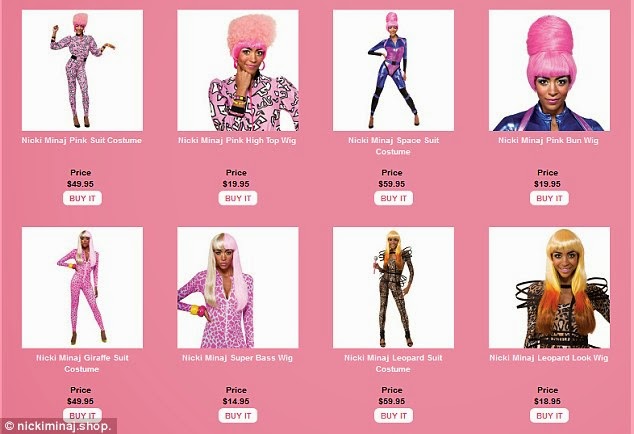 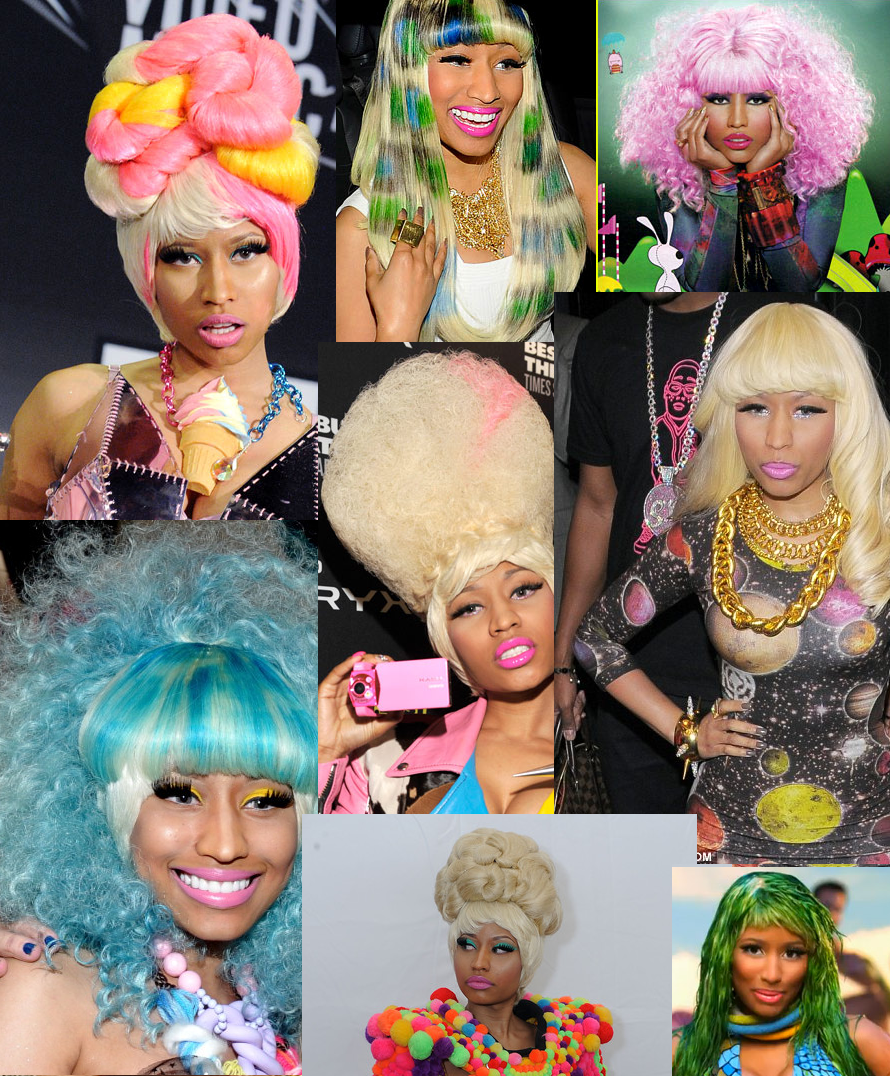